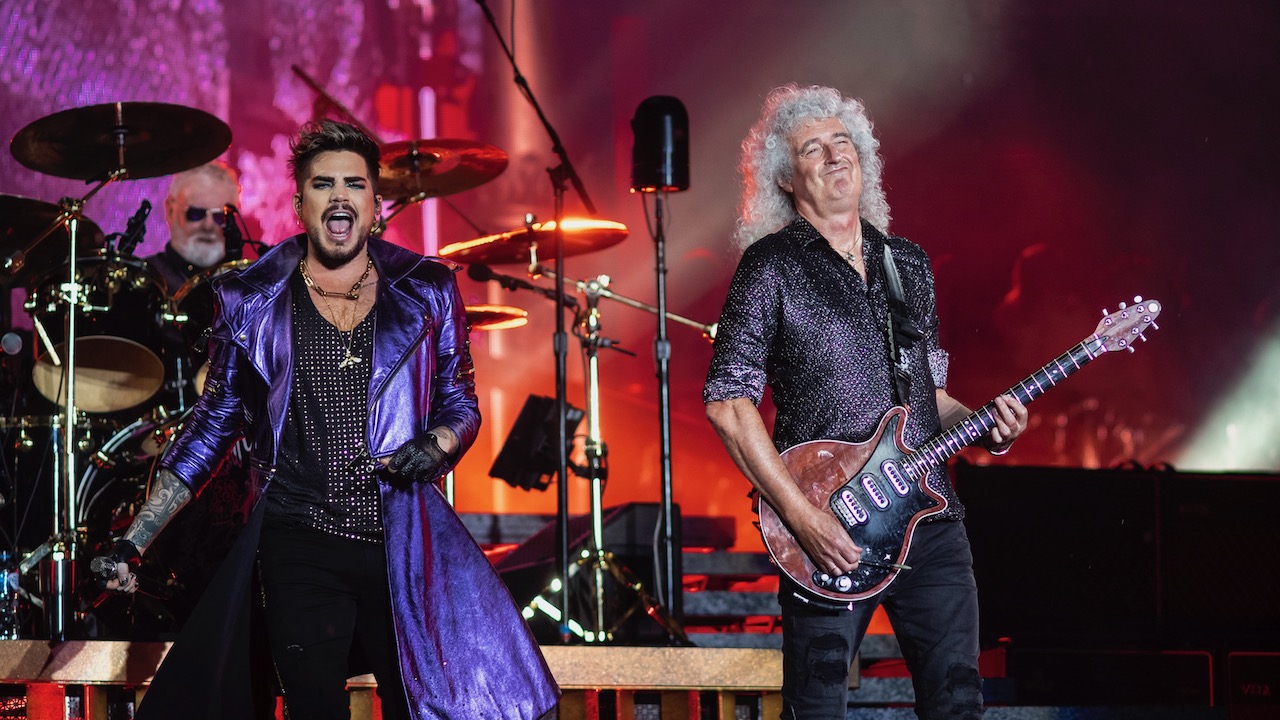 Earlier this month, Taylor revealed that Brian May “suddenly lost interest” in a “pretty damn good“ new song the pair were writing in Nashville with Lambert, and admitted “I don’t really know why.”

Now, in a new interview with musicradar, Queen’s drummer muses on the possibility of the trio returning to the studio and says, “Will we ever do another Queen album? I don’t see why not.”

“I honestly think that Adam’s voice deserves it,” says Taylor. “He deserves the chance to record a Queen song.”

“Touring with Adam has certainly given me and Brian a new lease of life, but we will only carry on if we can do it properly. Live shows need that energy and that fire. I don’t want to get to the point where I’m being wheeled out to play the encore.”

Taylor is currently on the promo trail talking up his new solo album, Outsider, which is released today, October 1.

“I suppose the big difference between Queen and this album is that I’ve written a couple of what you might call ‘political’ songs,“ he reveals. “That wasn’t something we really did as a band. It was a conscious choice.

“Right at the start – and you’ve got to remember that there was a lot of hardcore political stuff going on in the ‘70s – Freddie [Mercury] said, ‘Look, I don’t want to get involved in all that. I want to go round the world playing songs that people can enjoy. I’m not there to deliver a message’. I still think that’s a pretty good way to look at it. I don’t want to get too…preachy.

“I hope I’ve been able to stay on the right side of the fine line between rock music and politics. I hope I never get to the point where I’m poncing around on stage, pontificating about what’s wrong with the world. Freddie would never forgive me.”

Outsider is released on Universal on October 1.

And you can read the full interview with Roger Taylor at musicradar.com