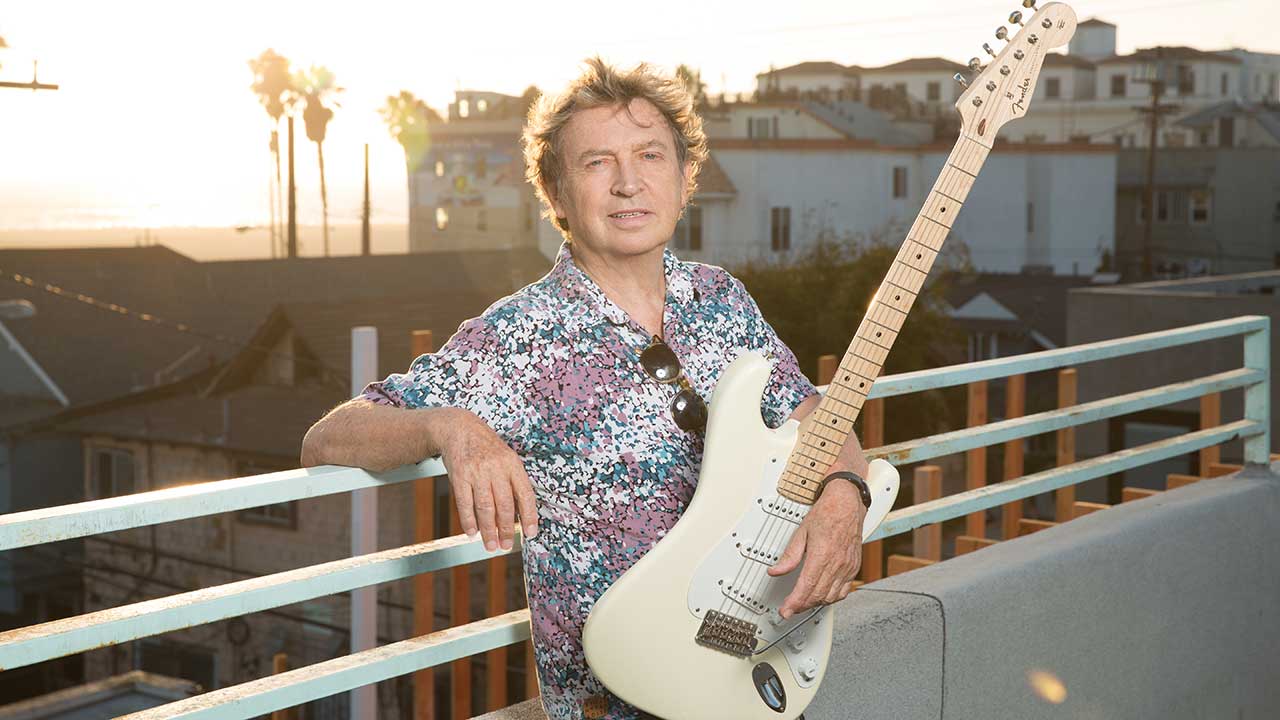 Former Police, Soft Machine and Kevin Ayers guitarist Andy Summers has released a brand new video for Chronosthesia, which you can watch below.

Chronosthesia is taken from Summers’ latest solo album, Harmonics Of The Night, through Andy Summers Music/Cargo Records on October 15.

“Chronosthseia was recorded as part of a suite of pieces recorded for the
Harmonics Of The Night album. This music began for me in France when I visited the Palace Populaire in Montpellier, where I was to have a photo retrospective,” Summers tells Prog. “It was a moment when i was able to survey the exhibition site and  compose music to go with the exhibition.

“I composed A Certain Strangeness which became the lead song and the start point for the rest of the album. Chronosthesia came next. I wanted to make a piece that moved forward, didn’t repeat anywhere, the harmonies are made from consistently moving tonal centres. This becomes a challenge to solo over and I had to write out and  practice a number of exotic sales so that  could sing over all this complexity.

“The photography was all shot in downtown Los Angeles at around 8am in the morning. I enjoyed going down there and walking around at that  time of day. The light was beautiful – soft low winter sun. the streets  were completely deserted. It was like filming a ghost town. I like the feeling of the film and music as it is a reminder of the times we are passing though.”

Summers, who releases a new book of short stories, Fretted And Moaning, will hold a new exhibition of his photography at the Leica Gallery in Mayfair from October 21.

Pre-order Harmonics Of The Night.