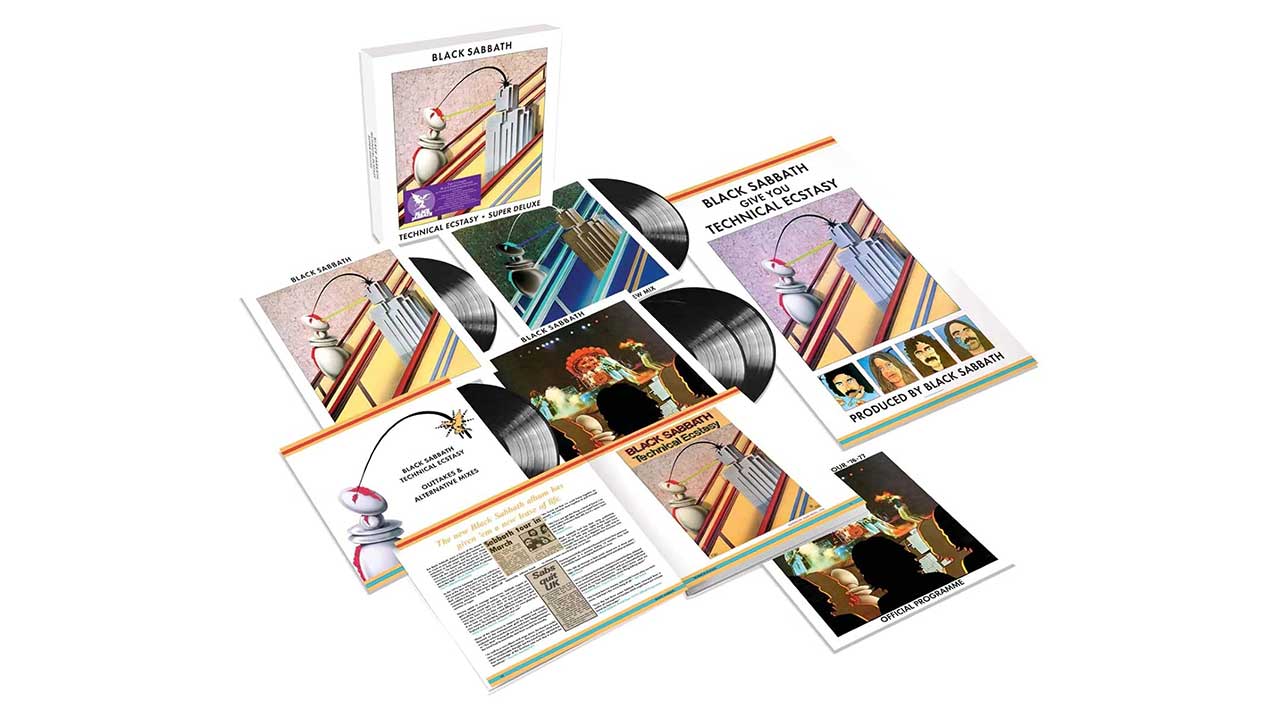 All good things come to an end. In Black Sabbath’s case it was the white-hot streak of six irrefutably brilliant albums they released between 1970’s bruising self-titled debut and 1975’s wide-eyed and spangled Sabotage, brought to a screeching halt by Technical Ecstasy.

Sabbath lore has it that that seventh album was the point where the whole edifice that was the Ozzy era started to crumble. Certainly it sounded like the work of a band who had spent half a decade flogging themselves into the ground and had to be dragged, groaning, out of the cocaine igloo they’d built around themselves to make a new record.

This lavish, four-CD (or six LP) box set won’t suddenly re-frame Technical Ecstasy as Sabbath’s great lost masterpiece, but it does go some way to boosting its reputation.

The original album remains as hit-and-miss as ever. Meat-and-potato rockers Back Street Kid, Rock’N’Roll Doctor and the eternally dire Dirty Women (a song that takes forever to get to the good bit at the end) are weighed down by the kind of tired riffs and clichéd lyrics that Sabbath had previously left to lesser mortals.

It’s when they head off-piste that things get interesting: All Moving Parts (Stand Still) is an average song enlivened by an uncharacteristically funky, Stevie Wonder-inspired bass line; the heavily orchestrated She’s Gone sounds like it was written for the world’s bleakest Disney film; and the Beatles-y, Bill Ward-sung It’s Alright shows that the drummer really was the beating heart of the band. Best of all is You Won’t Change Me, an epic cri de cœur that’s one part defiance and one part desperation

There’s plenty of bonus material packed into the box. The inevitable Steven Wilson remix doesn’t add a lot to proceedings, but a live show recorded in 1976 is a rough-as-arses yet exhilarating snapshot of a band barely holding it together, and the disc of alternative mixes is a fascinating, if incomplete, picture of how the album came together (someone really should put together a compilation of Ozzy’s studio banter).

But the gold medal goes to the reprinted 1976 tour programme, complete with vintage interview and a Kipper Williams comic strip featuring the pair of shagging robots from the sleeve. It’s an impressive package, albeit one that’s unlikely to lift Technical Ecstasy from the bottom of the league table of 70s Sabbath albums, where it languishes with Ozzy’s equally patchy swan song Never Say Die. But cash-rich Sabs-heads will appreciate the chance to show a little love to a sad orphan of a record that doesn’t really deserve its pitiful reputation.