Bob Rock: “Metallica aren’t wimps. They think they’re the best band in the world and everyone needs to get out of the way”

Bob Rock: “Metallica aren’t wimps. They think they’re the best band in the world and everyone needs to get out of the way” 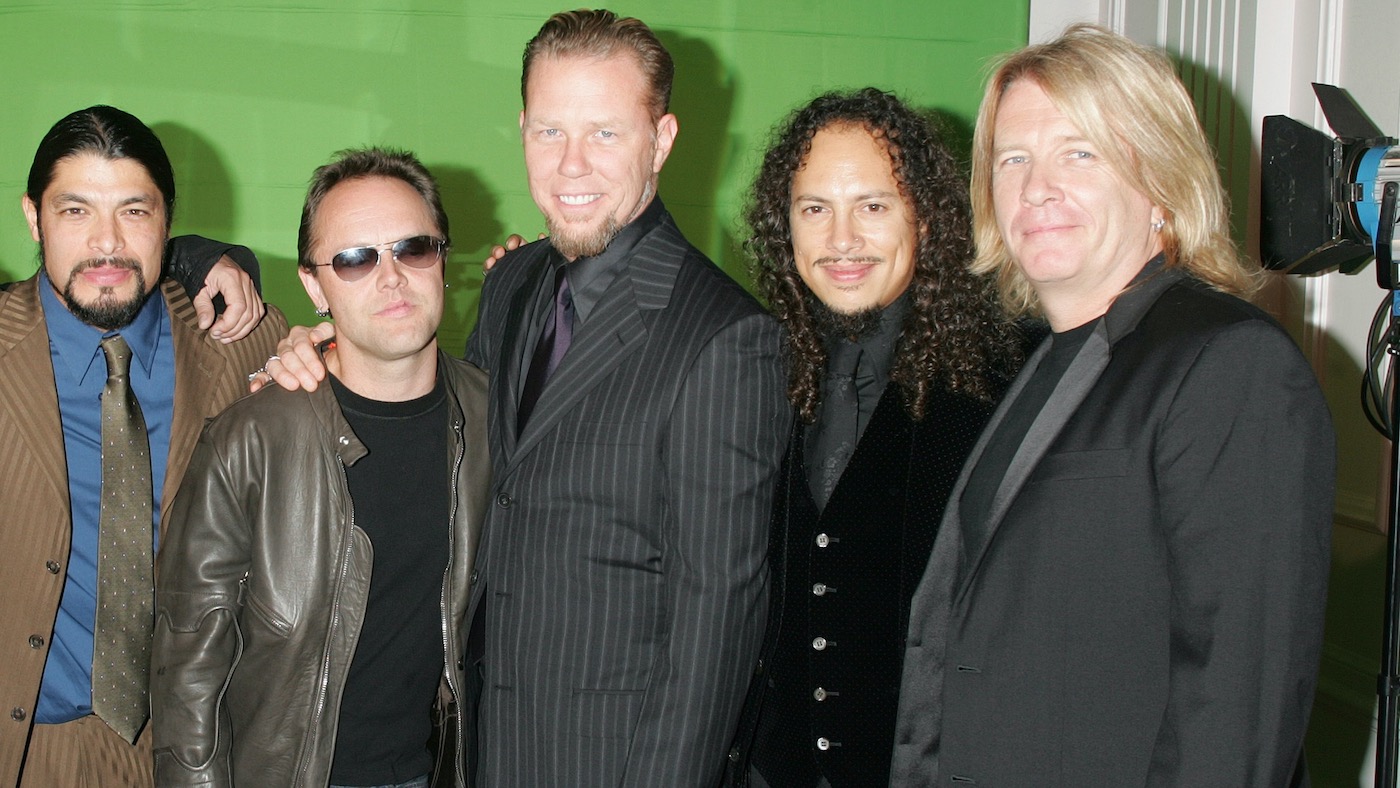 To coincide with Metallica’s upcoming 40th anniversary, the new issue of Metal Hammer features an appropriately heavyweight tribute to the Bay Area ’Bangers, with 40 brand new interviews conducted with the group’s trusted inner circle: childhood friends, rock star heroes, ex-bandmates, the producers who helped shape their sound, the music industry players who set them on the path to glory and musician peers from thrash metal’s ‘Big Four’ who watched on in wonderment as James Hetfield and Lars Ulrich willed their scrappy Los Angeles garage band to become the biggest metal act in the world.

“Metallica are not wimps,” longtime collaborator Bob Rock, producer of four Metallica studio albums, tells Metal Hammer approvingly. “They believe that they’re the best band in the world, and everyone else needs to get out of the way.”

When Rock turned down an offer to mix the band’s fifth album, James Hetfield and Lars Ulrich were initially affronted, then intrigued by the Canadian producer’s snub. And when Rock, then best known for his studio work with Motley Crue, Aerosmith and Bon Jovi, boldly proposed that he should produce the album instead, Metallica’s co-founders were sufficiently impressed by his ballsy power move that they agreed to meet him in Vancouver to hear what he had to say. It would be the opening play of a 15-year working relationship which would change both parties forever. But it’s fair to say that this relationship wasn’t always entirely harmonious, with pre-production sessions at One On One in North Hollywood for what became the world-conquering ‘Black Album’ proving decidedly frosty.

“Metallica didn’t trust outsiders,” Rock recalls. “Not just me, they were suspicious of everybody. I can say that I’d never been involved with people who were as intense as them.”

As the producer remembers, disagreements in the Los Angeles studio were “never personal”.

“The tensions came when I challenged them or they challenged me,” he says. “Making an album can be an intense experience. You’re thrown into a room with other strong-willed, creative people for months and months and you have to find a way to listen to each other and make it work. I never said, ‘No, you’re wrong.’ I just showed them other ways to potentially get what they wanted.”

“It’s well known that by the end both [engineer] Randy Staub and I said we didn’t want to work with them again,” Rock acknowledges. “But that’s because we were so beat: eight months in that environment would test anyone. But some of the best work comes out of tension: with all the great bands… Jagger and Richards in the [Rolling] Stones, Steven Tyler and Joe Perry in Aerosmith… there’s friction. It’d be kinda boring if everyone did everything you suggested!”

To read the full in-depth interview with Bob Rock, pick up the special, star-studded ‘Metallica 40’ issue of Metal Hammer, which goes on sale tomorrow, November 11.