Cypress Hill get high on life at Aftershock festival

Cypress Hill get high on life at Aftershock festival 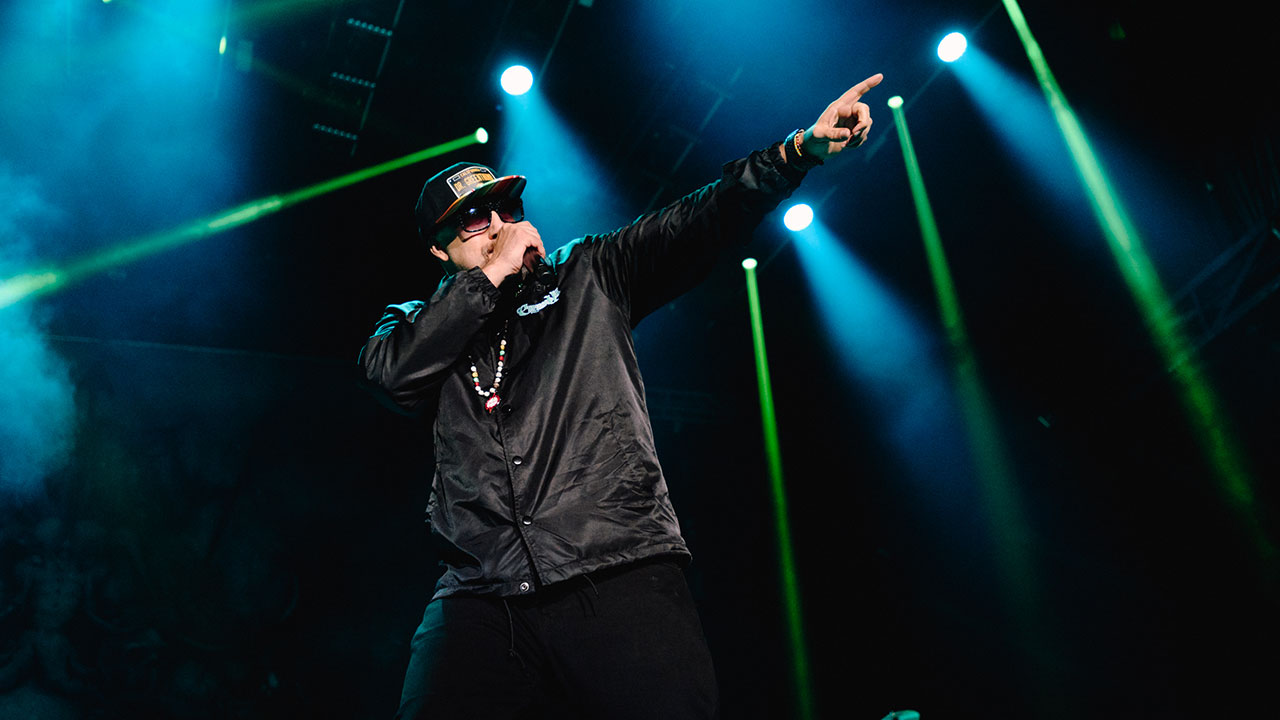 It‘s crazy to think that beloved hip-hop pioneers Cypress Hill were the third choice to headline Aftershock festival’s opening night after first Limp Bizkit, and then Faith No More, pulled out.

Fortunately, Cypress Hill live for a little ‘loco’, and from the first taste of I Ain’t Goin Out Like That to their ritualistic cover of House Of Pain’s Jump Around, they ensure we’re as high on life as we are on secondary weed. Banger after banger is flung our way, with Hand On The Pump and How I Could Just Kill A Man earning the loudest crowd chants and Insane In The Brain and (Rock) Superstar enjoying the most animated band performances.

B-Real’s distinctive nasal vocals and lyrical emphasis are on point and Sen Dog comes into his own every time they dial up the Latin flavours or heaviest choruses tonight. DJ Lord’s track transitions and teaser samples are frankly delicious but add to that the classic bongos and blunts, some LED drumsticks, and a giant inflatable skeleton king, and it’s a reminder that fun and talent make a fierce pair.

Perhaps, once their next album Back In Black drops in March 2022, they’ll have puffed their way to the festival’s first pick.

Check out the setlist at the bottom of the page.

Another Body Drops
When The Shit Goes Down
A To The K
Hand On The Pump
Sound Of Da Police/Pigs
Latin Lingo
Latin Thugs
Dj Lord And Eric Bobo Jam
Roll It Up, Light It Up, Smoke It Up
Dr. Greenthumb
Hits From The Bong
How I Could Just Kill A Man
I Ain’t Goin’ Out Like That
(Rock) Superstar
Insane In The Brain
Jump Around (House Of Pain Cover)