Discipline by King Crimson: why you should definitely own it

Discipline by King Crimson: why you should definitely own it 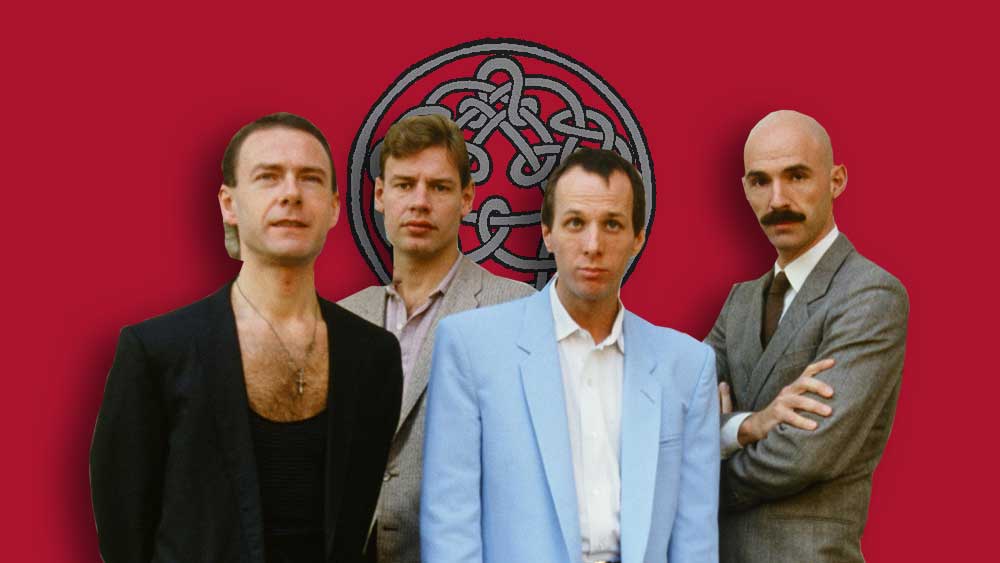 By the dawn of the 80s, punk had rock music to its foundations. So much so that even one-time prog rockers were streamlining their sound/approach. King Crimson were one such band, as evidenced by 1981’s exceptional Discipline.

When leader/guitarist Robert Fripp decided to form a ‘new Crimson’, overindulgences were trimmed and replaced with a sound heavy on rhythm and experimentation. A chance meeting would shape the rest of the line-up.

“I met Robert Fripp one night in New York, at a club called the Bottom Line,” remembers singer/ guitarist Adrian Belew. “I was playing with David Bowie at the time [1979/1980] and [we] went to see Steve Reich. When the lights came up, Robert was at the table next to us. So I went over, and he wrote his hotel number on my arm. We had coffee, and got to know each other.

“In nineteen-eighty I started with the Talking Heads, and when they arrived in England I got a call from Robert saying: ‘I’m starting a new band with [drummer] Bill Bruford and myself. Would you like to be a part of it?’ I jumped at the chance.”

“I don’t think any of us knew we were creating something so unusual,” Belew says. “But now that I look back, it’s easy to see – every one of us had new technology. I was the first to have a guitar synthesiser, and Robert was probably the second. Tony had the Chapman Stick, which no one had used before, and Bill was fooling with electronic drums. So you had these four monkeys in a cage together with new toys. Something was bound to happen.”

An interesting occurrence developed during sessions for Thela Hun Ginjeet. Belew remembers it vividly: “John Lennon had been killed, and he was my hero. So I tried to write a lyric about being molested with a gun on the streets of a city. I tried to think of phrases, as though it was an interview on the street after the occurrence.

“We were in a part of London that was a dangerous area, but I didn’t know that. I had a tape recorder, and Robert said: ‘If you want to get realistic sounds, why don’t you walk around on the street and say your lines?’

“I walked down one of the streets, and there was illegal gambling going on by a group of Rastafarian guys – pretty tough-looking. And they’d gathered around me. They thought I was an undercover policeman. They were about to kill me! At one point the ‘leader’ grabbed my tape recorder and played back what I had just been saying: ‘He had a gun!’ [laughs] The guy freaked out. ‘What gun?!’ They finally let me go, I’m not sure why.

“I went back to the studio. I was so shook up, and I ran into the control room and was telling Robert the story. Meanwhile, he had whispered to the engineer to record it, and that’s what you hear on the record.”

Although Discipline wasn’t a big hit, it re-established King Crimson, and touched a legion of young musicians. Says Belew: “It certainly wasn’t a record that your average person would know, but it had an affect on Primus, Tool, Trent Reznor and so many people. That record affected the way they saw music. And for me, that’s even better than saying we had a big hit record.”