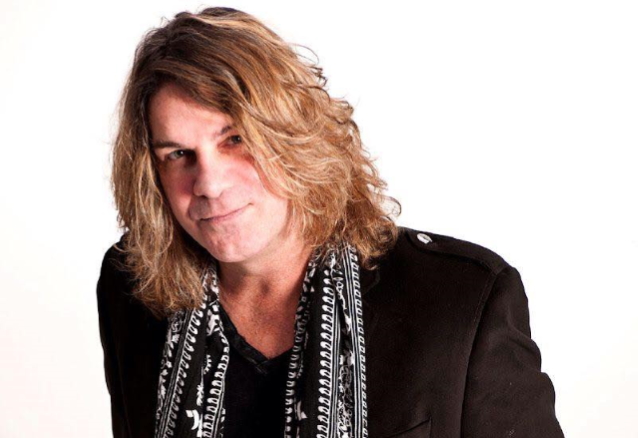 St. James, who played on TYKETTO‘s first four albums before exiting the group in 2014, opened up about his experience with the respiratory disease while appealing to his fans and friends on GoFundMe for help with costs associated with medical expenses and lost income.

Brooke wrote in part: “In mid late September 2021 my now 17 year old daughter returned home from school ill. Within a few days most everyone in my home was sick. The kids tested positive first, then my wife. Ok, no need to panic.. from what we all knew at that point, we, as relatively healthy individuals should be fine. The kids bounced back immediately. My wife was sick for about 5-6 days with typical cold symptoms. I, however, after experiencing my first symptoms on September 23, 2021 tested positive on September 24th and began a frighteningly rapid decline. Unfortunately, this virus affected me very differently than it did my family.

“I was hospitalized Oct 4 and finally, by the Grace of God, discharged on Oct 30. During my stay I came very close to death according to my doctors and while I was moved to ICU at one point somehow some way I managed to skirt intubation and ventilator status.

“That brings us to here and now. I am currently at home recovering from Covid and double pneumonia. This is a game of patience unfortunately. For now I am tethered to an oxygen machine and moving around with the assistance of a walker. I have every reason to believe things are improving daily although it’s difficult to measure in such small increments.”

COVID-19 affects everyone differently — while one in three people are asymptomatic and won’t develop any symptoms at all, 5% of people become critically unwell. Some of those people still have symptoms months later. Older adults are more likely to fall seriously ill, particularly if they smoke, are obese or have diabetes. Exposure to a high concentration poses a higher risk for infection.

St. James began playing at age nine. A self-taught musician, St. James grew up listening to and playing along with records by AEROSMITH, JOURNEY, QUEEN, CHEAP TRICK and KISS, among many other classic rock acts, and joined his first working band at age sixteen. A few years later, St. James moved to Milwaukee and found regional success with popular 1980 rock act MOXY ROXX, but major label interest fizzled. St. James then went to New York and formed TYKETTO, with whom he took part in numerous tours. After St. James left the band, he went on to a three-year stint in Las Vegas with classic rock act YELLOW BRICK ROAD. St. James currently lives in Milwaukee where he plays with several popular local rock acts and is pursuing a solo career.

ATTENTION TYKETTO FANS NEAR AND FAR:

Posted by Tyketto (The Official) on Friday, November 5, 2021