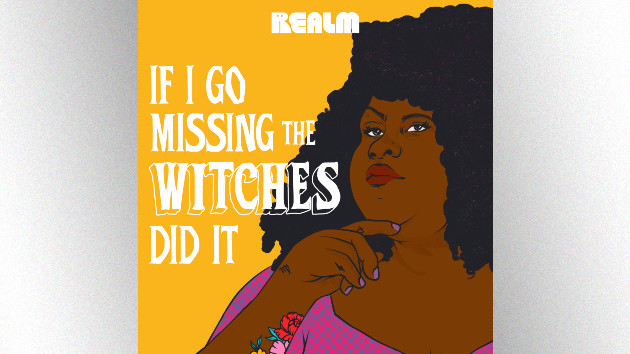 Gabourey Sidibe knew she had something special when she took on the role of writer Jenna Clayton in the Realm podcast thriller, If I Go Missing the Witches Did It.

Written by Pia Wilson, the nine-episode series follows Jenna, a woman who “vanishes without a trace” after a summer in Westchester, but leaves behind voice memos as clues to her disappearance. Sidibe tells ABC Audio that she put a lot of “own special brand of sass” into Jenna.

For Sidibe, who’s previously starred in American Horror Story and Antebellum, making her fictional podcast debut with If I Go Missing the Witches Did It wasn’t a hard decision.

“Psychological thrillers are my favorite,” she says. “I love watching what’s in front of me, but also knowing that there’s an entire world going on around it, a mystery that I need to solve.”

So that’s partly why the Empire actress jumped at the chance to play Jenna, who she describes as “complex.”

“She’s definitely of this generation and has very strong opinions about a lot of things,” Sidibe says. “She seems to have a lot of confidence…but she also has a lot of insecurities at the same time.”

The actress jokes that there are even times when she yells at Jenna in frustration, saying, “Girl, that’s the wrong decision!”

Still, even with Jenna’s obvious flaws, Sidibe says the character was “almost like a real friend.”

“That’s what she became to me,” she says. “And so I tried to breathe life into her that way.”

The first episode of If I Go Missing the Witches Did It premieres Sunday, September 26, on the usual podcast platforms.