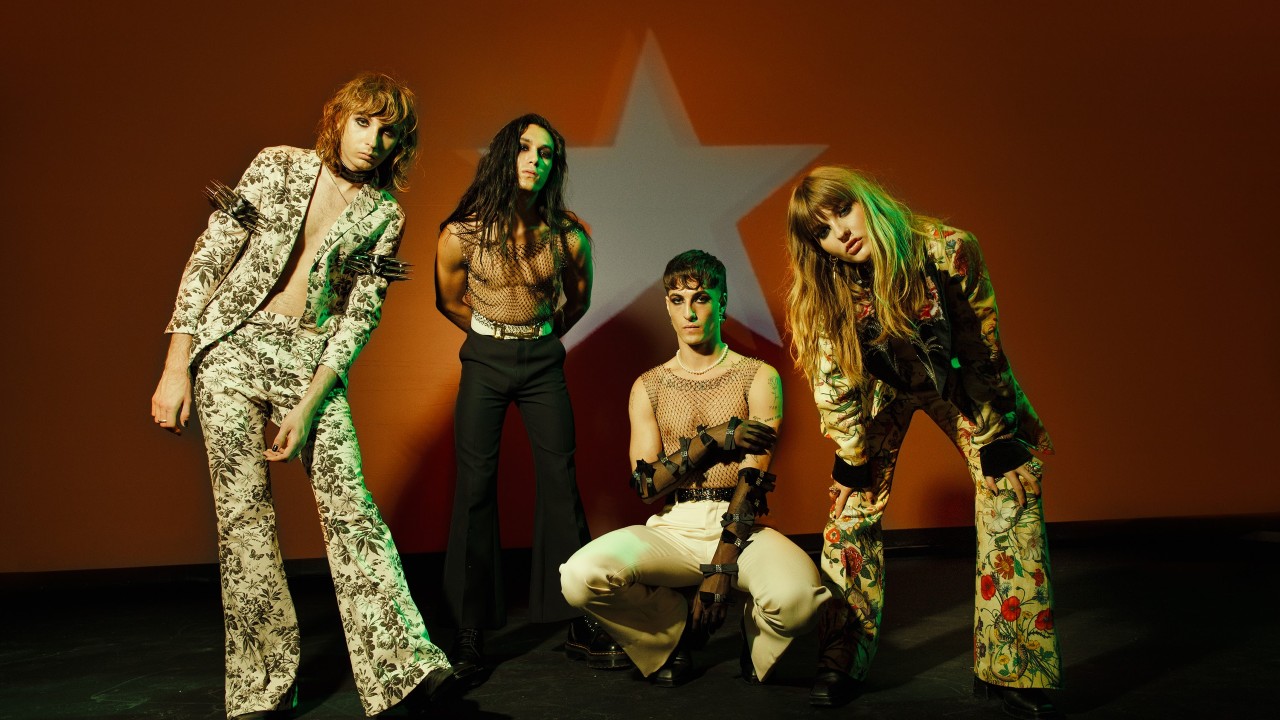 Italy’s Eurovision-winning glam rock quartet Måneskin have released a new single, Mammamia, inspired by the gossip and rumours which followed in the wake of their international breakthrough.

The band launched the single at a press conference in Berlin yesterday, October 7. As with I Wanna Be Your Slave, their summer collaboration with punk godfather Iggy Pop, the song displays a liberated attitude to non-vanilla sexual activities – the chorus lyric “I’m on my knees and I can’t wait to drink your rain” may raise an eyebrow or two at Radio 1 – but frontman Damiano David was keen to stress that the song isn’t just about kink.

“After Eurovision, we had a lot of attention on us,” he explains. “A lot of the time, we did something that we thought was great but people criticised it. I wanted to translate that into the lyrics, because it happens a lot – maybe you’re doing something that you feel is great, but people don’t understand it and make bad judgements and bad comments about it. I wanted to make fun of that situation.

“The chorus is more about people’s sex lives, but it has the same message,” David reveals. “It’s how people see what you’re doing and how your impression is different to their impression.”

“We only had a few days to go to the studio and write new music, but fortunately this song came out in a few hours – that’s why we felt like it was going to be a banger for us,” says the singer.

“We didn’t take it too seriously,” adds bassist Victoria de Angelis. “It’s a very silly, careless song and we’ve never done something like that before. It came together very naturally. We just tried to have fun and enjoy it, because [it was written] in a moment where we were experiencing a lot of things.”

Måneskin will kick off their 2022 European tour with a sold-out show at London’s O2 Academy Brixton on February 6.