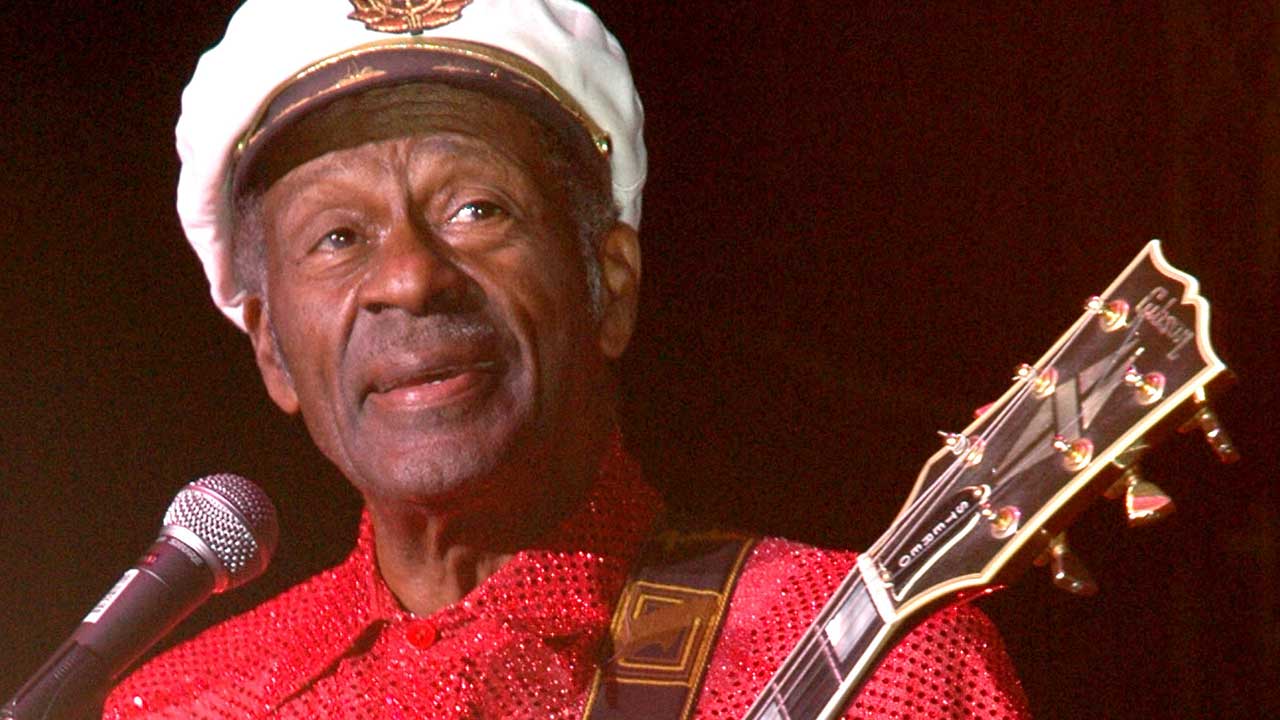 The 95th birthday of late rock’n’roll pioneer Chuck Berry is to be celebrated with the release of a new live album, Live From Blueberry Hill, and the launch of a new guitar.

Live From Blueberry Hill was recorded at the venue of the same name in St. Louis, where Berry lived. It’s a venue he played over 200 times after telling owner and longtime friend Joe Edwards he wanted a more intimate space to perform in.

Edwards built a stage (christened ‘The Duck Room’ after Berry’s signature onstage move), and it became a destination for the 17 years Berry performed there: Motorhead’s Lemmy and The Band’s Robbie Robertson both made the trip.

Berry’s backing band at Blueberry Hill was the one he used most over the course of his career, and included daughter Ingrid Berry on harmonica, son Charles Berry, Jr. on guitar, bassist and bandleader Jimmy Marsala, pianist Robert Lohr, and drummer Keith Robinson.

Live From Blueberry Hill is available to pre-order now.

Gibson say: “To honour Chuck Berry’s legacy, we made sure every aspect of construction and appointments is historically correct, including aged gold hardware, a Maestro™ Vibrola™, Grover® tuners, a Varitone switch, and a classic Split Diamond headstock inlay. The Wine Red finish features Murphy Lab custom aging, giving it the look and feel of the original.”

The ES-355 also comes with a captain’s cap and a certificate of authenticity. Only 100 will be made. The guitar costs $6999, and is on sale at Gibson now.