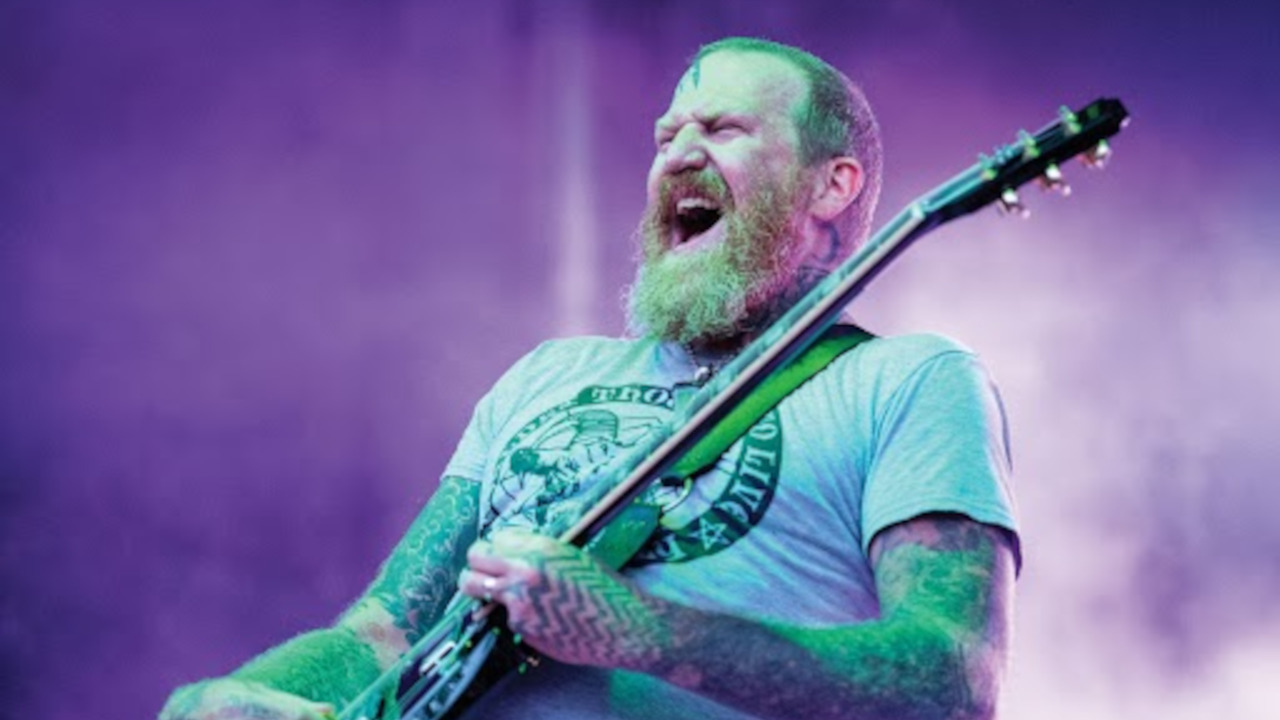 Mastodon guitarist Brent Hinds has some, err, strong feelings when it comes to discussing his tour regrets, in particular highlighting the Mayhem Festival tour in 2008 alongside Disturbed.

Speaking on Hatebreed frontman Jamey Jasta’s podcast The Jasta Show, he was asked if Mastodon had done all the tours they wanted to, or if they still had a bucketlist. “No, I did a lot of tours I didn’t want to do, though,” he says. “Like Disturbed and all that Mayhem stupid bullshit. You gotta fuckin’ open up for Disturbed. You gotta play to people that like Disturbed.”

He went on to say that the Mayhem Festival tour was “just a bunch of fucking drunk Americans,” and that “they’re receptive to anything, I imagine.”

However, since the episode aired, Hinds has come under fire for his use of the homophobic descriptor “gay ass shit” when talking about the tour. The slur, which was condemned by some fans, has since been addressed by the band, albeit unofficially.

When called out by the choice of words by Instagram user @morganyevans, the band responded “This really bums me out. I’m very sorry we hurt your feelings or anyone else’s, that is never our intention. We want our LGBTQ fans to feel safe listening to our music and coming to see us live[…] I think the interviewer might have caught Brent on a bad day. Sorry for upsetting you or anybody else, we appreciate you and our fans very much.”

It is unbelievably disappointing to have people still leaping to “gay” as an insult in 2021. Do better please, Brent.https://t.co/FJj2OgLl3gNovember 5, 2021

No official statement has yet been issued, but this isn’t the first time Hinds has landed himself in hot water. In an interview with Guitar Player he was quoted as saying “I fucking hate heavy metal.” He later refuted the statement, clarifying to DJ Eddie Winter “I fucking hate most heavy metal is what I said.”

“I don’t like a lot of it. There’s a lot of cookie-cutter bullshit out there, in my opinion, and I don’t like it. So I was just being honest. And they just took the ‘a lot’ out and just put ‘Brent Hinds hates metal.’”

Disturbed weren’t the only band to receive Hinds’ ire in the interview. “Our first tour for Relapse was with Dying Fetus and some other fucking band,” he tells Jasta. “It was horrible. I didn’t want to do that tour and I’m glad that’s all over so we can tour with bigger and better bands.”

Jasta then points out Mastodon have toured with Soundgarden, Metallica and Deftones, so again asks who Hinds would like to tour with. “We’ve never toured with Melvins,” Hinds replies. “I wanted to do a ‘Monsters of M’ tour with Metallica, Mastodon, Melvins or whatever… Misfits, Mammoth – get Van Halen’s kid in there!”

Mastodon’s eighth studio album Hushed And Grim was released on October 29. A double-album dedicated to the band’s former manager Nick John, the album is Mastodon’s longest to date and was described by Hammer‘s Dom Lawson as their “boldest adventure yet.”