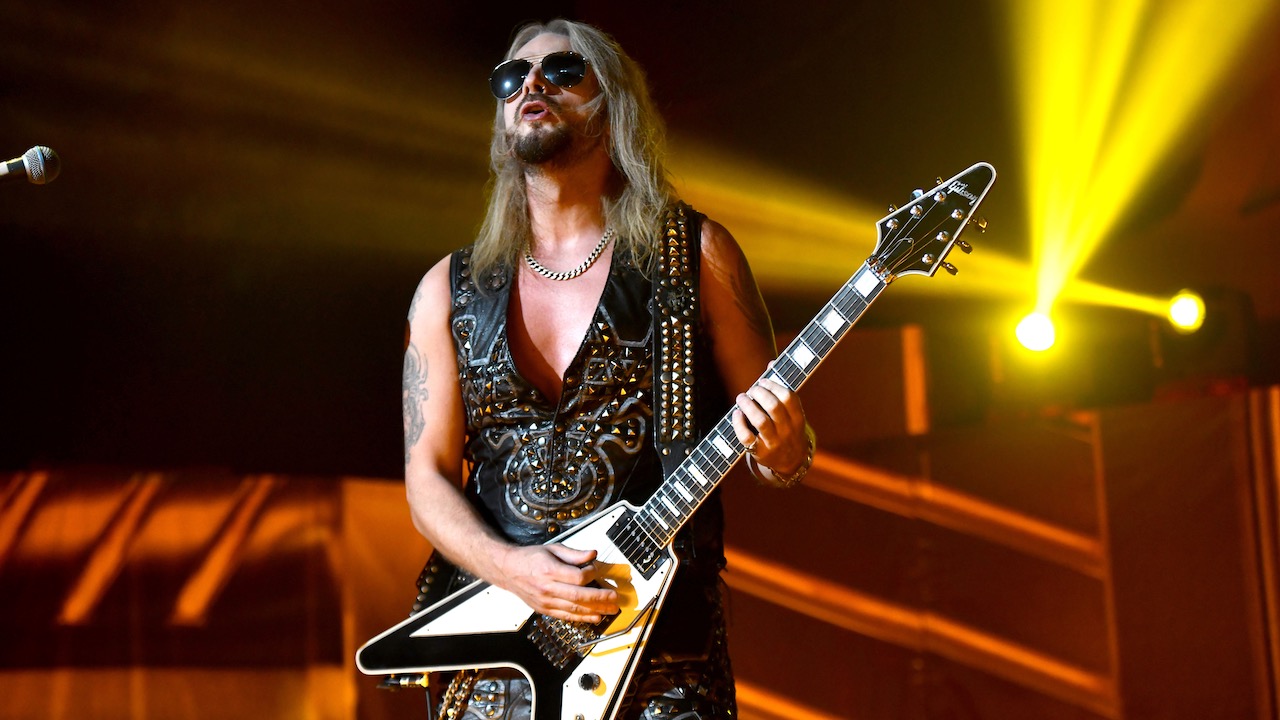 Faulkner suffered an acute cardiac aortic dissection onstage during Judas Priest’s set at the Louder Than Life festival on September 27, and, according to Dr. Siddharth Pahwa, who led the medical team who operated on the 41-year-old English guitarist, “Mr Faulkner is alive today because the stars aligned.”

“He was only four miles away, but miles equal minutes and he did not have many to spare,” said Dr. Pahwa, cardiothoracic surgeon with UofL Health – UofL Physicians. “He had an outstanding emergency care team, he was close to a world class heart centre, and he was quick to recognise he needed help.”

Faulkner described his medical emergency in graphic detail earlier in the week, revealing that his aorta ruptured and started to spill blood into his chest cavity while he performed Painkiller with Priest.

“From what I’ve been told by my surgeon, people with this don’t usually make it to the hospital alive,” he said. “Five parts of my chest were replaced with mechanical components. I’m literally made of metal now.”

In the wake of his traumatic ordeal, the guitarist has urged fans to learn from his experience and be extra vigilant in monitoring their own heart condition.

“This came totally out of the blue for me,” he said, “no history of a bad heart, no clogged arteries etc. … My point is I don’t even have high cholesterol and this could’ve been the end for me. If you can get yourselves checked — do it for me please.”

Painkiller was the final song of Judas Priest’s Louder Than Life set, and the guitarist was able to complete the song before being rushed to hospital. The 25 remaining dates of the band’s North American tour have been postponed.

“As soon as we have any updates from his doctors on when we can reschedule the dates, we will of course announce them,” said the band in a statement. “Tickets will be valid.”