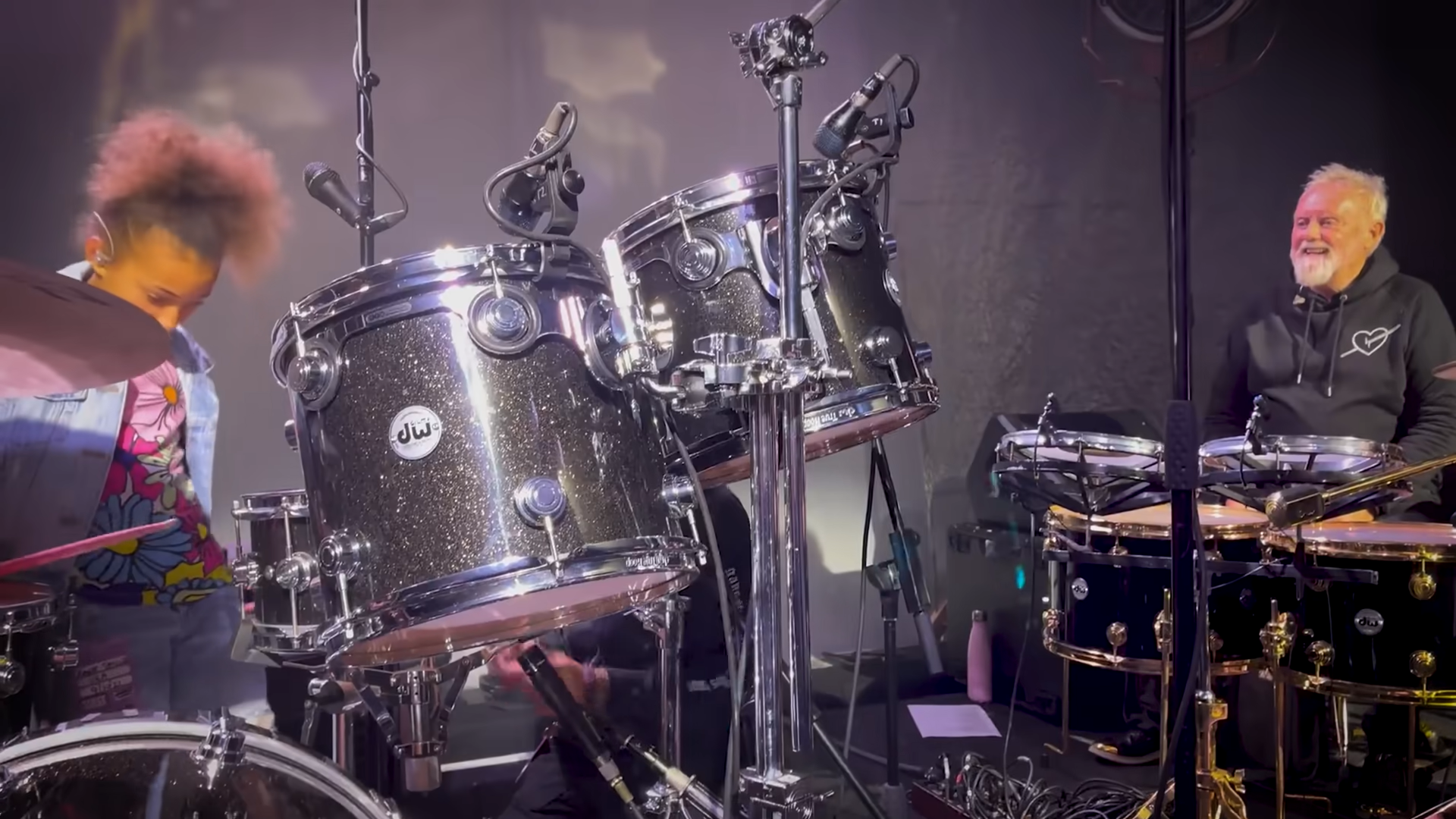 Nandi Bushell, child drummer extraordinaire, has made quite a name for herself within the world of rock thanks to her mad musical skills. Having already knocked the socks off of Foo Fighters’ Dave Grohl with a talent that’s far beyond her years, Bushell has also jammed with the likes of Rage Against The Machine’s Tom Morello and even Lenny Kravitz on stage at London’s O2 arena. Not bad for an 11 year old, hey?

In a new video, the young virtuoso takes on Queen’s legendary drummer Roger Taylor in a fierce – and totally adorable – drum battle.

Commencing the video with an enthusiastic ode to Queen and their music, Bushell explains that she first discovered them when she auditioned to play Bohemian Rhapsody for a Christmas advert when she was only eight years old.

She explains, “Playing Mr. Taylor in the advert got me hooked on Queen. Ever since then I have loved Queen and Mr. Taylor’s playing.”

As the battle begins, Taylor notices that the young musician has a double bass pedal within her kit. Clearly impressed, he exclaims, “Wow, I’ve only got the single one. It’s not fair”, while an individual off screen suggests to the legendary drummer, “you need to up your game!”.

The friendly competition soon heats up, as the Queen drummer and Bushell engage in a back and forth of impressive drum fills. Towards the end, Taylor finally drops his drumsticks and holds his hands up saying: “I’m done! I give up!”. Finishing off the jam, the pair play out Queen’s 1979 classic We Are The Champions.

Alongside the video, Nandi wrote in the caption: “I have just had another INCREDIBLE day! Mr Taylor was so nice and kind to me. We had a little drum battle then we jammed a few Queen songs.”

“I am so grateful and truly appreciate all of these unreal experiences! Thank you Mr Taylor!!!”

Watch the video below: