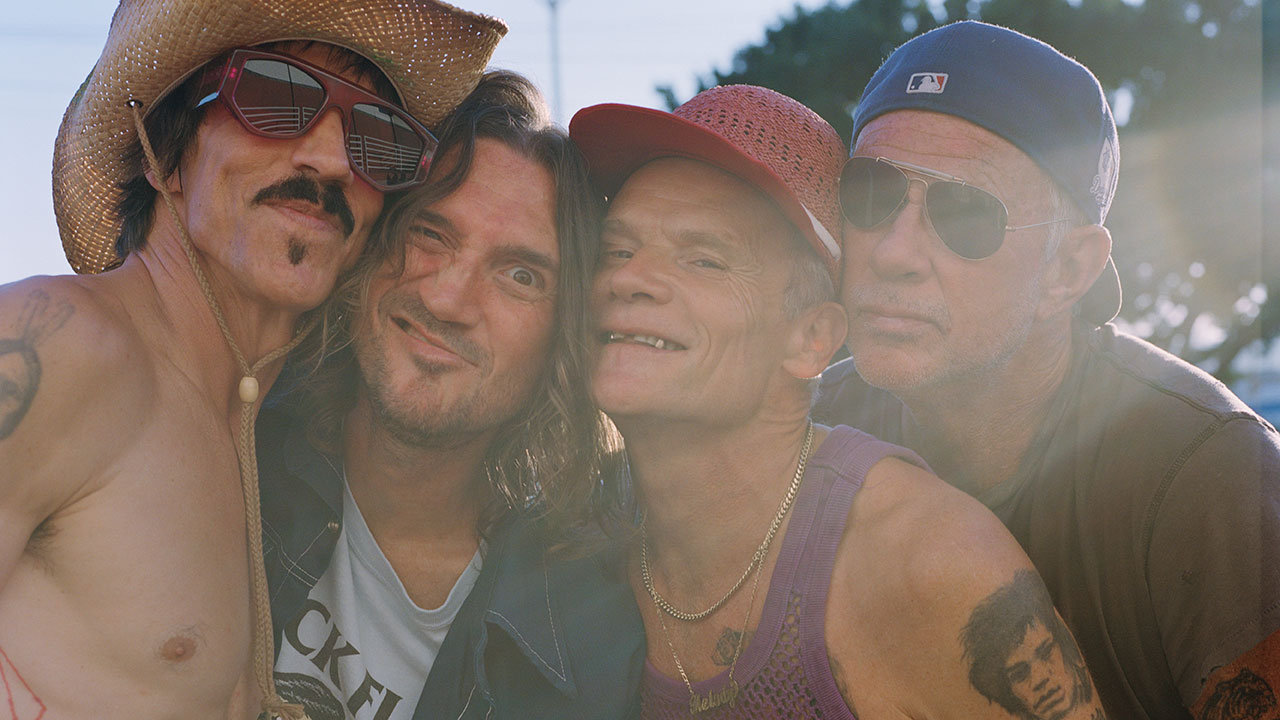 The announcement was delivered via a typically silly video, featuring KHOT “broken news” anchors Johnson Hammerswadle (Anthony Kiedis) and Todd The Squirrel (Flea). After running through a series of nonsensical celebrity news items, they introduce their guest, “celebrated rock’n’roll guitarist” John Frusciante, who is, mercifully, playing himself.

Frusciante goes on to announce that the group will be touring the world in 2022 by announcing: “We’re going to be doing a tour starting in June 2022.” Straight to the point, if slightly wooden. When grilled by weatherman Randy Raindrops (Chad Smith), he confirms the tour will be hitting up “the whole world”, before confirming that the US leg of the tour will start in July 2022.

While full dates are yet to be announced, a statement from Live Nation says “All the tour dates, sales information, support acts and other factoids will be available shortly.”

So while the announcement may throw up more questions than answers for now – where? When? Will they be bringing their news anchor alter egos on tour with them? – what we do now know is that Flea and Anthony Kiedis are actually… pretty good actors. Less can be said for John Frusciante, but he gives it his best shot, bless him.

Watch the video in all its weird, but admittedly wonderful, glory, below.

Breaking News out of the KHOT News Room pic.twitter.com/84NTmROjk2September 24, 2021

Earlier this year, Flea and John Frusciante released their first song together in over a decade. The track, a funked-up take on Gang Of Four song Not Great Men, was released as part of the The Problem of Leisure: A Celebration of Andy Gill and Gang of Four project – a tribute to Andy Gill following his death in February 2020.

On the project, Flea said: “John Frusciante and I, along with the children’s choir from the Silverlake Conservatory Of Music recorded the song Not Great Men by the Gang Of Four for this album. It was a beautiful opportunity for me to connect with my friend, the innovative guitarist Andy Gill, before he shockingly passed away shortly after the recording was made. This was an act of love for him.

“Me, John and the kids, (directed by SJ Hasman) went and knocked it out in a couple of days raw style. John and I hadn’t recorded together in about twelve years. It was fun as fuk. Long live the Gang of Four, long live Andy Gill.”

Hear the track below.