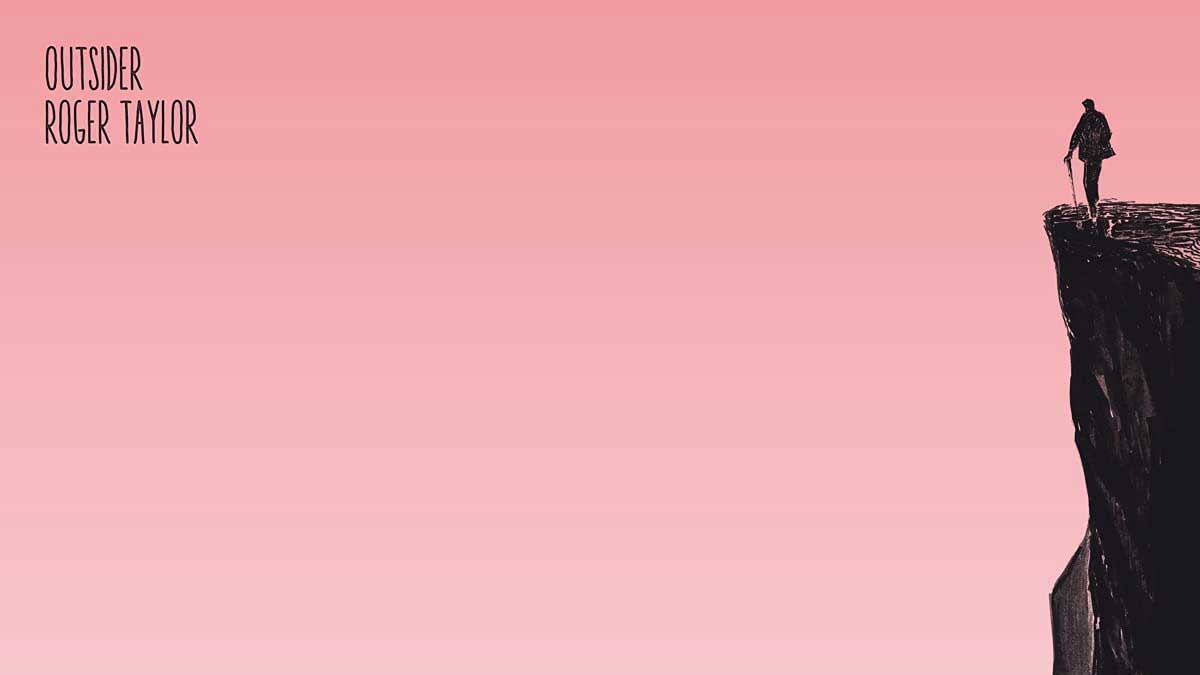 Like his Queen bandmates, Roger Taylor has rarely flourished outside the mothership. His band The Cross were hard to bear, and while his clutch of solo albums had their moments, he wisely seemed to save his best work for the group. A peak of sorts came when Nazis 1994 revealed to a startled world who the bad guys in World War II were.

Now comes his latest solo album, Outsider, and it’s fair to say that expectations could be higher. Perhaps they should have been, for at the age of 72 Taylor has turned in the solo effort of his life by whatever a country mile is.

As ever on his solo records, Taylor plays almost everything himself – drums, of course, but also guitar and most of the keyboards – but he’s in cahoots with Joshua J Macrae, his long-standing collaborator from The Cross.

Taylor has dipped into his own back catalogue to gently re-jig Absolutely Anything from Terry Jones’s 2015 film of that name. More radically, his rocking 1994 single Foreign Sand is re-cast as a bittersweet ballad, while there’s a spartan, brassy trawl through The Clapping Song, on which Taylor growls through a loud-hailer like Mark E Smith as a line-dance caller. Clumsy title aside, More Kicks – A Long Day’s Journey Into Night…Life is Taylor at his most grizzled and jagged.

The real surprise is how graceful this lockdown-inspired album is: Taylor prefers the word ‘autumnal’, and he’s spot-on. The gorgeous Tides opens in lugubrious, stately fashion (think Nothing’s Happening By The Sea beginning Chris Rea’s magical Water Sign), KT Tunstall brings elegant vocals to the empathetic We’re All Just Trying To Get By, and the closing Journey’s End, a seven-minute single from 2017, is the sound of a man who (to the outside world) has done it all, musing on what there might be left to do. Nodding discreetly to Fleetwood Mac’s Albatross, it’s moving in a way Roger Taylor has never been moving before.

Elsewhere he gets quietly angry on Gangsters Are Running This World (it’s also resurrected on a more aggressive Purple version), where the gentle piano and poppy chorus masks a diatribe against the tendency to authoritarianism.