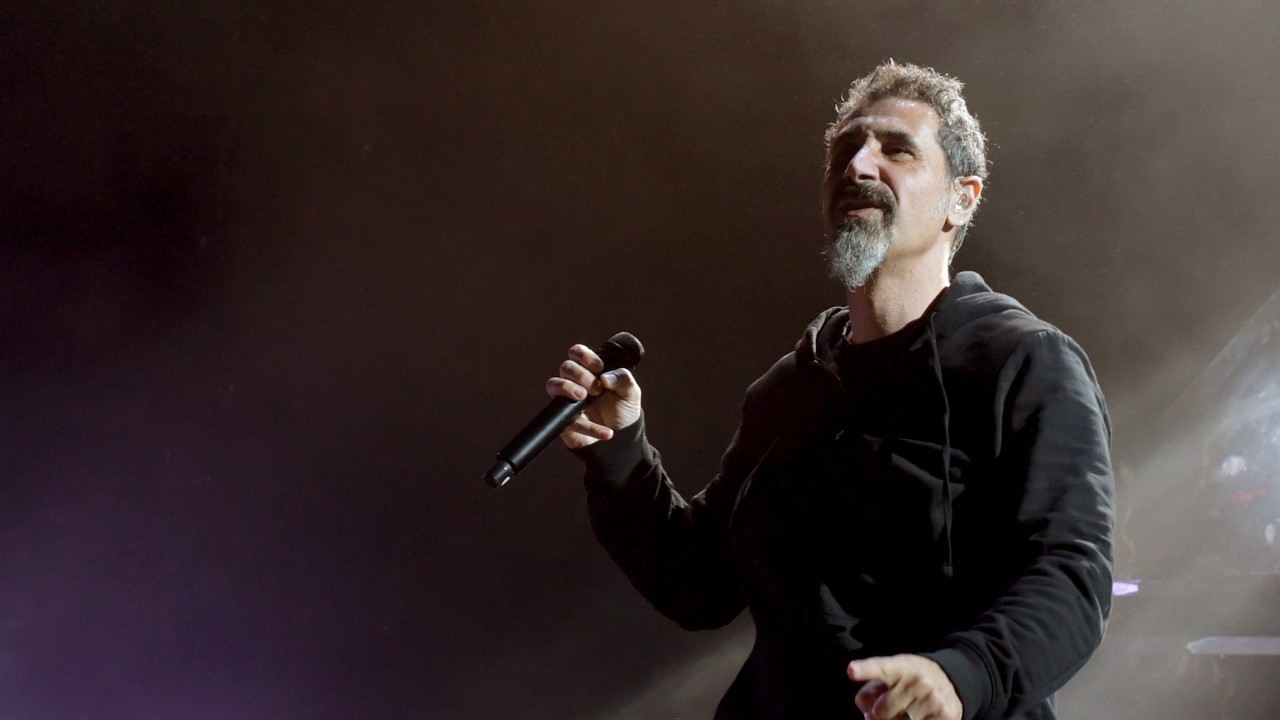 System Of A Down made their live return on October 15 at the T-Mobile Arena in Los Vegas, Nevada, marking their first show since July 2019.

During the performance, the Armenian metallers debuted the two new singles Genocidal Humanoidz and Protect The Land, which were both released in November last year, marking SOAD’s first new material since 2005.

Alongside the two tracks, Serj Tankian and co. also performed all but three of the 14 songs on 2001’s Toxicity, as well as rarities such as Holy Mountains, Soldier Slide and Chic ’N’ Stu.

Genocidal Humanoidz and Protect The Land were both inspired by the conflict between Artsakh and Azerbaijan, with all of the proceeds supporting humanitarian efforts in Armenia.

On introducing Genocidal Humanoidz, guitarist Daron Malakian declared to the audience, “This one is one of the newer songs that we have. It’s about some piece of shit government that tried – again – to kill our people. Fuck the genocidal humanoidz!”

Before playing Protect The Land, frontman Serj Tankian then stated, “About a year ago, the combined forces of Azerbaijan, Turkey and Syrian mercenaries attacked a peaceful people living in Nagorno-Karabakh who have been living there on their indigenous land for thousands of years. Those are our people.

Speaking to Consequence Of Sound last year, Tankian spoke in more depth about the two releases, and said, “Honestly, I’m extremely proud of us getting together for our people and the cause, at a time where Azerbaijan and Turkey not only attacked Armenians in Artsakh with military equipment, but they also attacked the Armenian nation with disinformation around the world, using caviar diplomacy over the years.

“Azerbaijan bought off a lot of politicians and they tried to create false parody in journalism and in the media — and it succeeded for a little while. So, I’m proud to say that our songs coming out, especially the video for Protect The Land, really kind of bit into that all in one day — just kind of boom, let the world know that these are people living on their own indigenous land, they’re being attacked, they’re trying to protect their families, and they’re dying because you got the second largest NATO ally Turkey basically attacking them along with Azerbaijan — both dictatorships attacking a democratic, progressive, first Christian nation society.”

Elaborating on the video for Protect The Land, he continues, “The current corrupt regimes of Aliyev in Azerbaijan and Erdogan in Turkey not only want to claim Artsakh and Armenia as their own, but are committing genocidal acts with impunity on humanity & wildlife to achieve their mission. They are banking on the world being too distracted to call out their atrocities. We’re here to protect our land, to protect our culture, & to protect our nation.”

Watch fan-footage of the performance below: