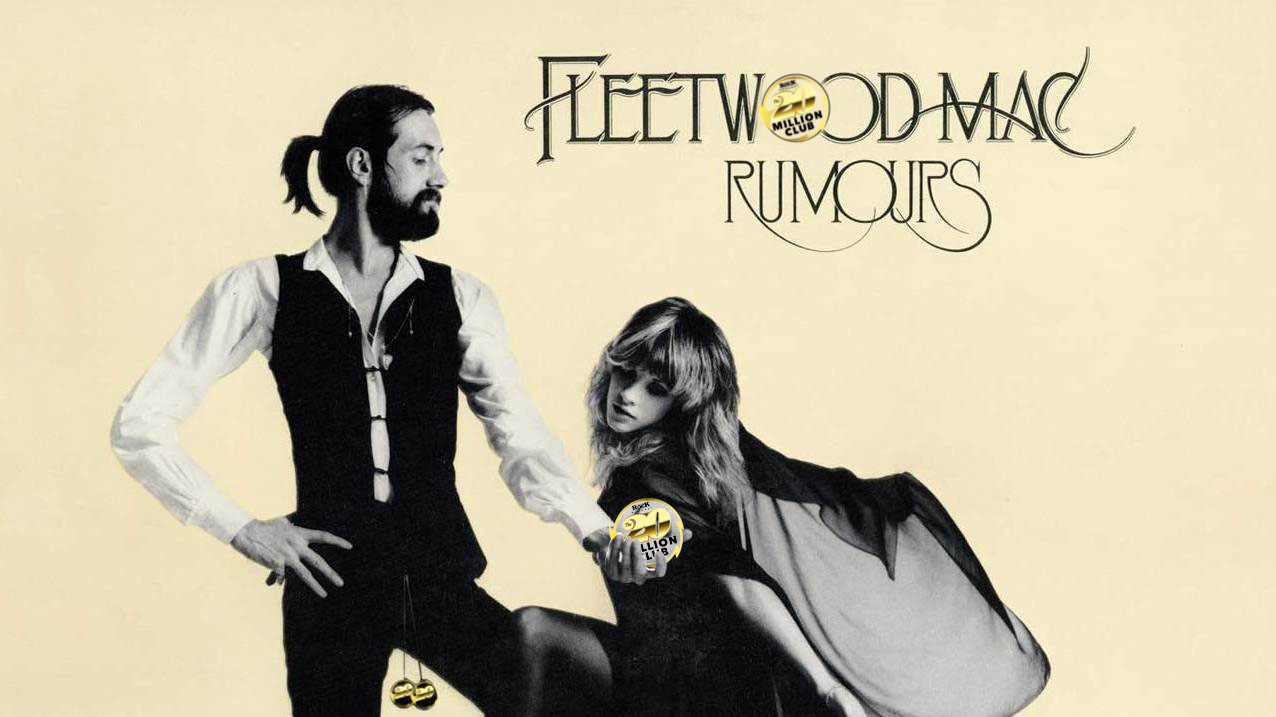 The new episode of Classic Rock‘s new podcast series The 20 Million Club is out now, with a look at Fleetwood Mac‘s Rumours, the 6th best-selling original album of all-time.

Since its release in February 1977, Rumours has sold an estimated 40 million copies – 22m copies in the US and Canada alone. Released as the peace and love generation settled into family life, as divorce rates in the US soared, and a new radio format – AOR (Adult/Album Orientated Rock) – dominated the airwaves, the extremes of the late 60s and early 70s were gone and in their place was a new professionalism.

Well, if you can call coke-fuelled wife-swapping ‘professionalism’.

This episode the team goes through the album track-by-track, talk through the Doggface video that took the band back in the charts (see below) and debates Peter Green’s Mac Vs the LA Mac, the rise of ‘grown-up rock’ and the inner-band soap opera, while Nicky remembers going to the album launch in LA.

Catch up on all episodes of The 20 Million Club now. Since launch the team have argued the merits of AC/DC’s Back In Black, Led Zeppelin‘s 4th album, Alanis Morisette’s Jagged Little Pill, Queen’s Greatest Hits, Prince’s Purple Rain, Pink Floyd’s The Dark Side Of The Moon, Guns N’ Roses‘ Appetite For Destruction and more, with The 20 Minute Club bringing focussing on singles released at the same time as the album.

The 20 Million Club can be listened to right now on Apple Podcasts and Spotify or anywhere you get podcasts. Subscribe to never miss an episode and please leave a review.

When Nathan Apodaca filmed himself skating to work, drinking Ocean Spray cranberry juice and listening to Fleetwood Mac’s Dreams, he couldn’t have known that he would score the band their highest chart placing since 1988 – and change his own life in the process.

But he did and it really is one of the few feelgood stories of last year.

It’s just some daft dance they do in Scotland. And Don’t Stop would be perfect for it.

Throughout the podcast, Scott refers to this interview with co-producer Ken Caillatt from MusicRadar. “There were fights, breakups, drinking, drugs,” says Caillat. “We all indulged in substances. But I had to be a therapist and record producer. When everything was insane, I had to be sane. If there was a rule book, nobody game me one.”