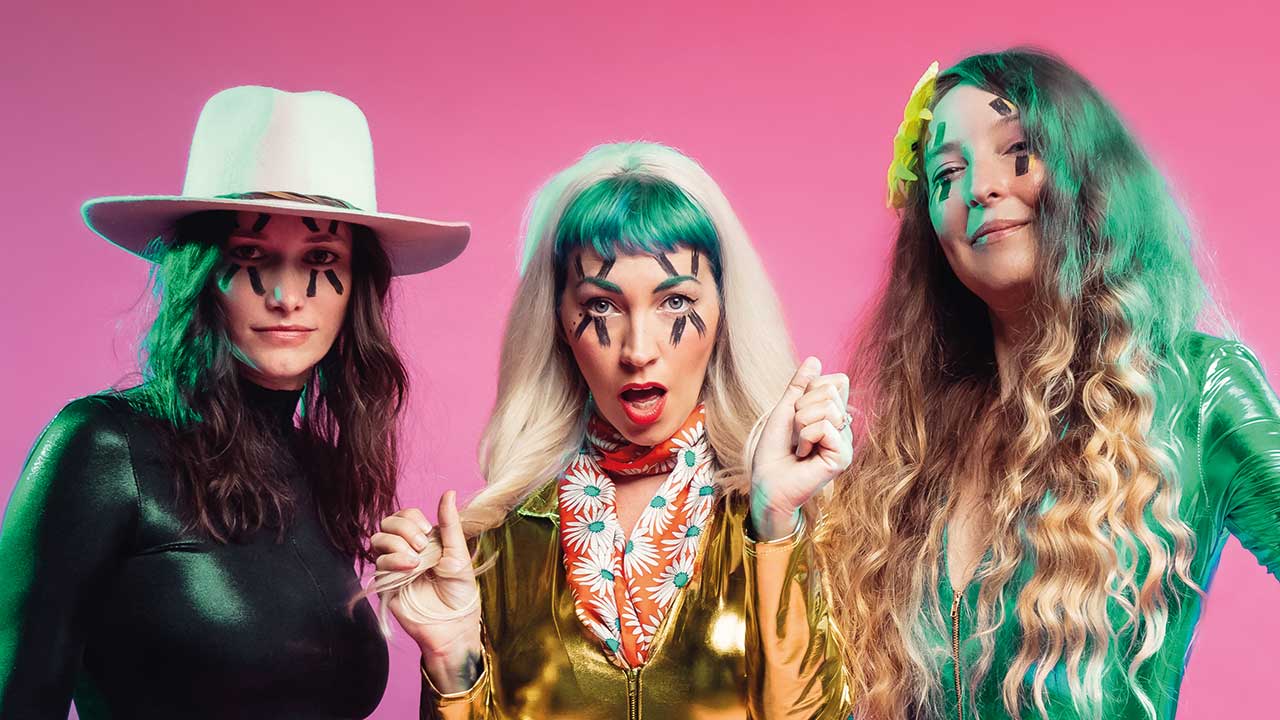 For the three women at the heart of The Dead Deads, this is more than just a band. It’s an army. Over the past few years, singer/guitarist Meta, bassist Daisy and drummer McQueen have surrounded themselves with the Dead Corps, an ever-growing number of dedicated fans, each given their own unique Dead name and, depending on their level of devotion, perks that can culminate in free gigs for life.

“It was a Kiss Army thing,” explains Meta. “We gave ourselves stage names, like Kiss did, and we thought we’d have a corps. They just kind of blossomed. One kid started a Facebook group called the Dead Deads Dead Corps Fan Page, and that just grew.

“People often say that like attracts like, and because we had this message of equality and love and kindness, of taking care of people when they need it, those are the kind of people that came. We had some people in the Kiss Army that joined the Dead Corps that were like: ‘This is what I’ve been looking for, it’s not just about the band, it’s also about each other.’”

This sense of strength, support and optimism shines through their new album, Tell Your Girls It’s Alright, an overwhelmingly positive call to arms for all their fans – especially the women – backed by impeccable melodies that run the gamut from grunge to classic hard rock, Pixies-style alt.rock to indie and beyond.

“I always want to come across as being not a victim or a martyr, but being on a righteous mission taking us to a better place,” Meta says. “Sitting around bitching about boys and their toys wasn’t really interesting to us. We want to talk about what’s possible for us.”

Based in Nashville, they started as a five-piece but have now settled into a groove all of their own. And their unique world is finding fans in high places. A stint on the Kiss Kruise led to their heroes watching on appreciatively side-stage every night, while one of their most vocal supporters, Corey Taylor, duets with Meta on the new album’s Murder Ballad II, after years of talking the band up in interviews

There are big plans for the future too. Writing music is constant, and the excitement of getting back out into the world to tour is palpable. And The Dead Deads, with their stylised make-up and obsession with sci-fi, are well placed to make the leap from real-life on stage heroes to the stars of their very own comic – a contact in the graphic novel industry has been working on a 10-book storyline about them.

With the album coming out, that’s not their main focus at the moment, but if and when it does happen it’ll be a match made in ink-line heaven.

“I think it definitely works for what we do,” Meta says. “We’re fans of sci-fi, plus we are superheroes! We’re professional women in our thirties and forties playing badass rock! That’s as superhero as it is. I own that.”

Tell Your Girls It’s Alright is out now via Rumble Records. The Dead Deads are currently on tour in The US with Candlebox.