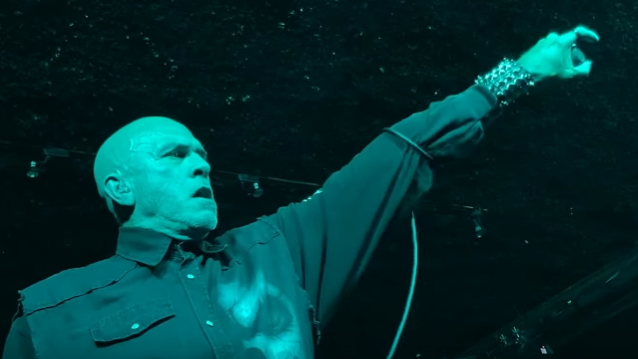 Fan-filmed video footage of VIO-LENCE‘s November 5 performance at the Mass Destruction IV festival in Atlanta, Georgia can be seen below.

During the Fresno concert, VIO-LENCE debuted a new song, apparently titled “Upon Their Cross”. The track will appear on the band’s upcoming EP, “Let The World Burn”, which is due in early 2022 via Metal Blade Records. The effort was recorded at Trident Studios in Pacheco, California with producer Juan Urteaga, who has previously worked with TESTAMENT, MACHINE HEAD and EXODUS, among many others. Mixing duties were handled by Tue Madsen.

In July, Killian told Ireland’s Overdrive about VIO-LENCE‘s decision to make an EP after initially being reluctant to work on new music: “It was after [a] show [we played with SACRED REICH] in Arizona when Phil [Demmel, guitar] and I really started to talk about it because we’re the guys that wrote ‘Eternal Nightmare’. We talked about who would be involved and made the decision that if we do this, we’ve gotta be sharp, you know? We have to be tight, on it, spending time in the studio and really putting in 100%. It took some time — about eight months or so — to get things up and running with regards to schedules, but when it began to take shape, and we were vibing off each other in the studio, writing new songs, and lyrics, etc., everything felt really natural from start to finish. The album is currently in the mixing stages, and we’re really happy with the way it all came out.”

Regarding the recording process, Killian said: “[Urteaga] was really digging deep with all of us in order to get the best out of us. Like I’d be doing my vocal lines and he’s in the booth saying, ‘Come on, man. I know you can do better than that. You’ve gotta get more aggro. I want to you sound like you’re about to kill somebody!’ [Laughs] Also when we were doing the drums, we were all saying to Perry [Strickland, drums], ‘That sounds great.’ He [Juan] was, like, ‘No, it doesn’t. You can do better. C’mon. Dig deep.’ He really pushed Perry a lot. [Laughs]”

In August 2020, VIO-LENCE released a new digital single, “California Über Alles”, a cover version of the DEAD KENNEDYS classic. The band also filmed a music video for the song with director Scott Kirkeeng.

The band performed its first comeback concert in April 2019 at the Oakland Metro in Oakland, California and spent most of the ensuing months playing select shows in the U.S. and Europe.

Although MACHINE HEAD frontman Robb Flynn was part of VIO-LENCE‘s classic incarnation and played on the band’s debut album, “Eternal Nightmare”, he wasn’t approached about taking part in any of the comeback shows.

Killian underwent a successful liver transplant surgery in March 2018. The year before, Killian was diagnosed with stage four liver cirrhosis, which was caused in part by a genetic condition called hemochromatosis. 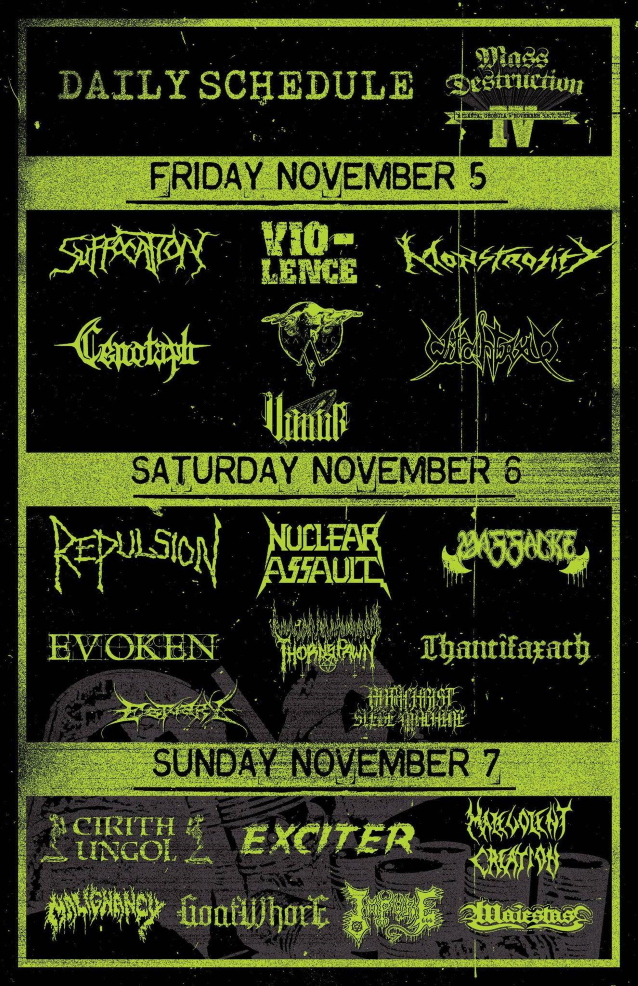